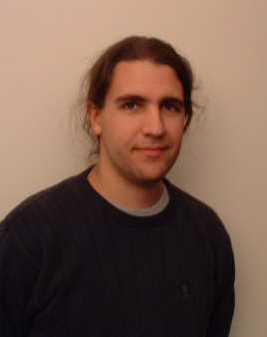 Hi, I'm Jeffry Houser and this is my blog. I'm a computer programmer, a business owner, a musician, an author, a recording engineer, and I love old school style adventure games.

My life in computers started over 20 years ago, when my parents picked up a Radio Shack TRS-80. I wrote my first computer program on that machine, and learned a very important lesson. You must click enter (return) to start a new line. Just using the space bar so the screen looks like you are on the next line will not suffice. I hit the max character limit on the line and had to start the program from scratch. In retrospect, I bet that character limit was 256. I do not remember what the program did.

Computers and me were love at first site and I was immediately hooked. I played almost every computer game I could find including most of the Infocom (Zork) and Sierra (King's Quest) catalogs. They were thinking games and I loved them. These type of games don't exist anymore in the commercial market, where style is preferred over content. I'll occasionally delve into the indie market for a fix. I've started documenting my adventures, here

At some point I graduated high school and started to learn how to play guitar. Music was not new to me, I had taken saxophone lessons and played a handful of other instruments along the way (including Flute and some percussion). The only thing in my first semester of college was play guitar, for ~4 hours a day. Eventually, I learned something (the complete Nirvana catalog) and then started writing my own songs. I've been in and out of many bands since then, most noteably, Far Cry Fly an energetic acoustic rock duo. We released two CDs during the course of the band's life and tons of singles. There may be more to come (who knows).

At some point during college, I started working as an intern at a business to business consulting firm. From them, I learned everything not to do in business. That was in the middle of the dotcom bubble rise. The hours were crazy, and the work came swift and quick. I burnt out big time and gave them my two weeks notice after having a particularly good pizza at lunch. From there, I was hoping to take some time off and start looking for a new job. I still haven't taken any time off.

I started DotComIt, the consulting company that I own. At this point, I have ~10 years of experience working with the web (almost as many years as the web itself). Being on my own gave me the opportunity to work with tons of different people doing different things. It has been a tremendous experience. I've written some books, author a column in the ColdFusion Developer's Journal. I also run the Macromedia User Group in Hartford, Connecticut. ColdFusion is a web language from Adobe, and has nothing to do with nuclear physics.

In my spare time, I've been doing a lot of engineering work for WG-Records up in Easthampton Mass. I also routinely run sound for The New Music Showcase. I don't usually deal with the video side of things.